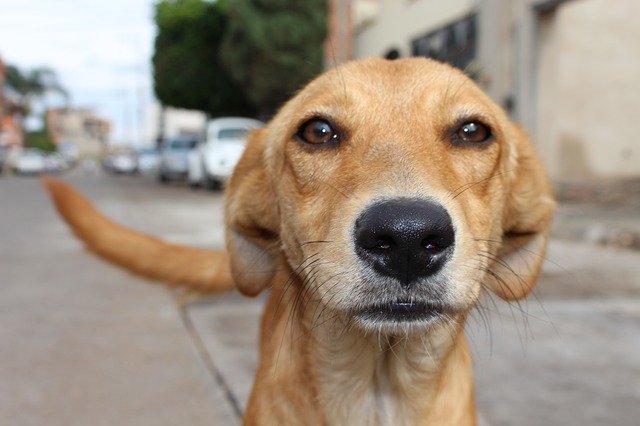 Animal abuse has been no secret over the past years as many videos have been shared on social media citing organizations that have been practising animal cruelty and abuse.

If you have a dog and you are wondering how to tell they have been abused then this post may just be for you. These are things that we rarely like to think about but just knowing if your dog has been abused in the past will help you understand it more.

For dogs, we need to understand their behaviour and the reason for that behaviour so that we know how we can change it for the better. So today we will be looking at how to tell if a dog has been abused. While it’s hard to ever know for sure, you may as well check on their social behaviour, aggressive behaviour and physical indicators to know for sure.

Dogs can be abused in many ways, but today we will be looking at three main categories of abuse that normally affect dogs. We have mental abuse and physical abuse.

Mental abuse can be associated with social abuse in which dogs are neglected and not given any form of attention or love. The following are some indicators of this abuse;

For a neglected dog, they become accustomed to the idea of not gaining any attention at all and so they become what we may know as lonely. These dogs tend to shy away from other people and dogs. They may avoid interacting and may not want to be touched, looked at or even noticed. Some dogs will turn away from attempts to distract them with treats, toys, playtime or affection.

Once you adopt a dog like this, note that it will take time for them to get accustomed to loving family and friends who want it around. So you may find that the dog will be hiding in the corner of a room, will not explore their surroundings and will avoid contact with anyone or any dog at all. They may even become frightened and cry out, cower or flee.

Another contradictory sign of mental abuse may be clinginess to humans. Often dogs that have been neglected, once they finally get that attention they may never want to lose hence they become clingy to their owners. Instead of avoiding social interaction and bonding, they cling too tightly to their human caretakers.

Also when left alone they may get stressed and become destructive. Dogs that have been through such may tend to become very anxious and act out when they are alone. Hence you may come back with the whole house upside down.

You may find that a dog that has been through some mental and emotional trauma may have an obsessive act in comforting itself. From continuous pacing to obsessively licking themselves, these coping mechanisms are an indicator that a dog may be going through an anxiety phase, or fear, stress and even pain.

There is any number of reasons for this kind of behaviour. However, if you find that your dog has been too frequent ever since you got it and it has a social awkwardness, then that may be a sign that it was abused.

Physical abuse can be seen through some physical and psychological signs. The following are some of the most common signs that indicate physical abuse.

A lot of the scars of abuse are on the inside, could be broken ribs or damaged organs. Scars on your dog’s body can be because of a lot of things. Maybe an accident happened or maybe it got into a fight with another dog. However, some scars look human inflicted and some are too deep to be an accident.

Some signs are very hard to see but some are very obvious. If your dog has physical scars on its body, they are quite possibly signs of abuse, especially if they tend to be a lot and they are all similar, like cigarette scar burns or stamp signs or continuous mutilations.

No dog is perfect, but if you see your dog being too nervous around people or other animals it may have been abused. Apart from dogs avoiding animals that may just be dangerous if you find your dog avoiding other people except you or even you as well, maybe it’s avoiding being beaten up or abused.

A dog will remove itself from the situation when around humans, even people other than you, can be a sign that there is just cause to keep away from people. This can show that the dog was in a violent situation with other dogs, including dogfighting or general beatings from humans.

We all want submissive dogs that listen to what they are told. However, when you see your dog acting scared when you are mad, when it bows and starts whimpering when you seem to want to touch it, that is obviously a sign that something is wrong.

A dog that cowers, urinates, and drops to the floor on a regular basis has likely had to indicate submission a lot in its life. Whether with an aggressive human or another aggressive dog, this is a defence mechanism used to deal with extreme dominance.

Some dogs are generally aggressive. It is a protective mechanism they use when they feel they are in danger or when the need to protect themselves arises. If your dog shows aggression nearly relentlessly, especially if it’s targeted at a specific type of person, they’ve likely been abused in the past.

Some dogs may tend to be aggressive even with their owners when a certain action has been done. It may conjure up memories of what used to happen to them before hence they This is a generalization, but a dog doesn’t really know how to distinguish regular people from their past abusers. So to them, everyone may be their abuser.

When it comes to telling whether or not a dog has been abused. It’s easy to check on its behaviour in relation to what a normal happy dog’s behaviour is. Physical and internal examinations can determine things such as fights, beating and health neglect which can tell you how this dog was abused before.