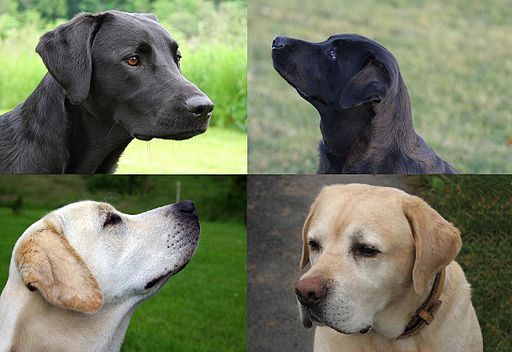 So are you wondering what the difference between an English Labrador and an American Labrador is? Well, the truth is there really is only one breed of Labrador retrievers. However, that doesn’t mean there aren’t a few distinctions we could use to help you understand the differences.

Now a lot of people can’t actually differentiate these dogs by their appearances because they both look the same. However, there are slight differences which you might as well start noticing after reading this.

Both types of this breed have the same look, like any dog they have four legs and a tail. Unless they decide to cut it but then again, with this breed nothing changes no matter which class you choose to take. You’ll still love either one just as much.

English labs tend to have a thicker neck and barrel chest that will give it a stronger look. You’ll find that American labs have a lean neck and chest hence they’ll seem slightly weaker in terms of perception. Their necks are thinner and longer which is quite noticeable when set across and an English lab.

When it comes to size, English may sound bigger but it’s because of their double coats. However, looking at the size and all these dogs are typically smaller when compared to their American cousins. Measuring between 21.5 to 22.5 inches they look smaller but they’re heavier because they have a blockier build and shorter legs and body.

The American Lab stands from 21.5 to 24.5 inches, but it has a slimmer and more athletic build. They have longer legs and a lean bone structure, unlike the English lab. So if we are looking at height, the English lab is definitely shorter but because of its build, it tends to be heavier than the American lab that is taller and leaner.

Well, English labs may tend to be a bit harder to groom. They have a double coat. Which means that they will shed more when compared to their American cousins. Some will blow their coat twice a year, others tend to shed more regularly in smaller amounts. If an English lab is more of an indoor dog, it will tend to shed regularly.

Now with American labs, they have shorter hair and less coating, so their shed will not be as much as the English Lab’s shedding. Although their hair is short, regular daily grooming can reduce the amount of dead hair accumulation in your home.

When it comes to bathing the two, English labs will probably require more soap or shampoo because of their thicker coat. Whereas American labs will require less. However for both, if you start to notice a bad smell, bathe them. Even if it means twice a day.

Both Labs are loving, friendly, intelligent, dependable, and outgoing, with a strong desire to please their humans. However, as with appearance, there are some fairly distinct differences between American and English Labs when it comes to temperament.

The English lab tends to be less active when compared to the American Lab. You will find that American labs were originally bred for working and field trials as well as hunting. That doesn’t mean that the English Lab is a lazy dog by any means. Both dogs have high energy levels but they are directed towards different things.

English Labs are typically more laid back and less excitable than their American cousins. They are more suited to be family dogs that will watch out and protect your kids while you are at work. Still doesn’t mean that it is a lazy dog.

In conclusion, all Labradors are great dogs. Some were just bred for a different reason than the other which explains the slight differences in their appearances and size and well and energy levels. However, don’t be discouraged both types of this breed are great family dogs, you don’t have to worry about anything. They can adapt to the environment that they would have been set in.

Both sets enjoy the same activities. They both love taking walks, they are both intelligent and they are both very loving. So by now, I am certain you can now differentiate between the two? Now you won’t have to be confused by either.